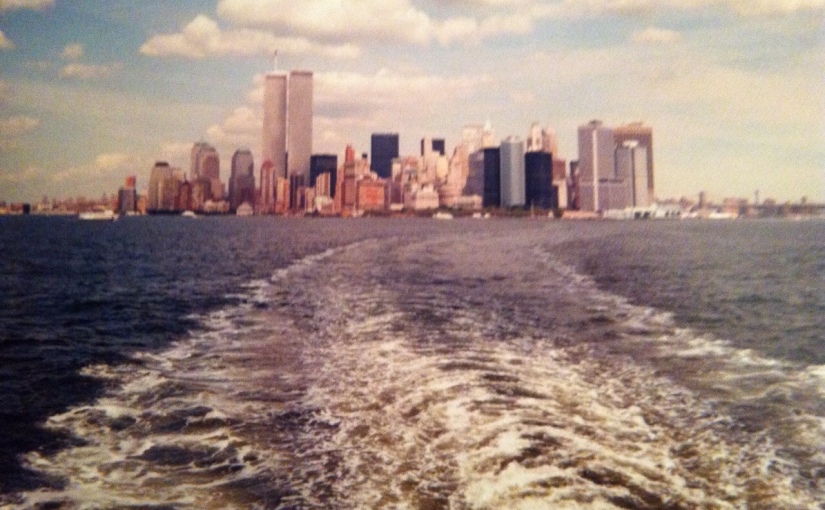 Ms. O’Neil remembers her childhood fondly. She had a happy home life and was always very involved in school and athletics. She never imagined that she’d end up where she did.

“I never had experienced anything hard in my life.”

After high school, she was accepted to Princeton University – an amazing experience “academically, socially, athletically, everything. Just an amazing place to be.”

She became very interested in investments and stocks in college. When Lehman brothers began hiring captains of Ivy League sports teams, she was able to land a job in New York City. After she graduated, she moved to the city to pursue this new career.

“Moving to New York City was definitely a challenge and eye-opening but definitely one that I wanted to do.”

Though she was proud of herself for this new job, she had been thinking about becoming a teacher. In college, she worked at a Princeton track camp teaching aqua jogging to a boy who couldn’t swim. One of the teachers who worked at the camp told her that she would be a great teacher, something that she had never considered.

However, she decided to wait since she already had the job in the city lined up. She would wait to become a teacher until she felt that the time was right. It took a near-death experience to show her how valuable time really was.

The World Trade Center was bombed in 1993. Because she worked in the city, the possibility of danger was always in the back of her mind.

“I think working in that area, you walk past the memorial every day. You were very much aware that something could happen.”

September 11th, 2001 was just another day at work for Ms. O’Neil. She was sitting at her desk when the first tower was hit.

She recalls the confusion she and her coworkers felt; nobody could imagine what could’ve made a noise like that.

When the first tower got hit, we didn’t know what it was. We didn’t know that it was a plane. I assumed it was a bomb. So, I hear this noise. And all these thoughts go through your head; your brain tries to make sense of things. So I hear this noise and my brain’s thinking, ‘Alright, what is that? Is it thunder? Is it an earthquake? Is it something falling?’ And then before I could even lift my head up to see what it was, I heard the girl that sat next to me start screaming ‘Oh my god! Oh my god!’ And I look up – and the window’s maybe five, six feet away – and outside the window was just chunks of concrete flying past like fireballs.”

Before anybody could process what had happened, they were being evacuated down a stairwell.

“As I’m coming down the stairs after the first tower was hit, not knowing what had happened, it occurred to me in that moment: this wasn’t what I wanted to die doing. I didn’t feel like I was doing a job that fulfilled me and that was worth sacrificing my life for. Teaching I think is different. And maybe it isn’t for everyone, but for me, if I died because of my teaching career I would still feel like it was worth it.”

As they hurried down the stairwell with no view of the outside world, she reflected on her life and past decisions, wondering if she would even make it to the bottom of the stairs.

“I promised myself but I also made a promise to God that if I got out alive I was going to leave and pursue a teaching career.”

This life-changing experience opened her eyes to how quickly you can lose everything. She vowed that if she made it out alive, she wouldn’t wait any longer. She would finally follow her dream of teaching.

“Sometimes teaching the lessons can get mundane, it can get boring. I love teaching but it’s more about connecting with the students, seeing them learn things, and even more than just the learning – just talking to the students and making those connections.”

She hopes that those who hear her story will be inspired to take a risk – to take a chance on something they love.

She imagines how drastically different her life would be if she hadn’t been in New York that day.

“I hope I would’ve still, at some point, made the decision to leave. I think I definitely would’ve stayed longer though. And as I started making more money and being promoted and things it may have been hard to leave. I can’t imagine I would be the same person today though. I think about all of the interactions I’ve had with the thousands of kids over the past fifteen, sixteen years – the kids that I’ve coached, the kids that I’ve taught – those interactions have shaped me so much as a person that I wouldn’t be anywhere close to being the same person.”

She tries to imagine the person she would be if she had stayed.

“Maybe I would be this person that’s just focused on success and getting ahead and things like that.”

She’s so glad she took a chance on teaching. But at the same time, she’s thankful for her time in New York City.

“I’m so glad that I did that first because I don’t know that I would appreciate teaching as much as I do without having that comparison. I mean yes, there are days when you don’t want to get out of bed but for the most part I love what I do and I can’t imagine not having a job where I love what I do. It’s also impossible, I think, to be a teacher without being emotionally invested in it.”

Ms. O’Neil showed me how important it is to not take life for granted. Fortunately, she got the chance to change her mind: one that many people don’t get. Time is too precious to waste. Don’t wait for a sign. Chase your dreams relentlessly and don’t be afraid to take risks.

“Be willing to take a chance on something.”