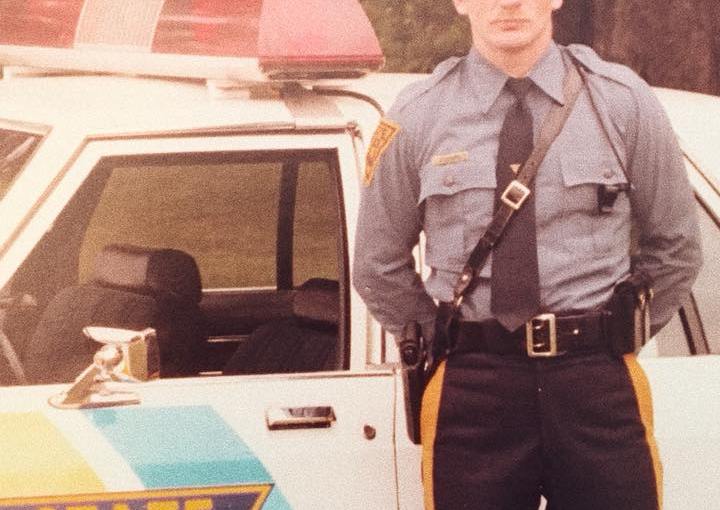 “Um babe, are you allowed to bring up, or do you wanna bring up, what happened to your real dad? I mean, because that was part of your childhood. And how that impacted you?”

“Well, I mean, it was but I don’t really remember enough of it to comment a lot on it. I remember a couple of things.”

“But it was traumatic, that you remember sitting on the edge of the bed and you were crying because your dad died and nobody was there to comfort you. So that’s, to me, very significant.”

As I listened to my grandparents’ conversation, I realized for the first time that I had no clue what their lives were like before they were grandparents. Why didn’t I know about this huge defining moment of my grandfathers’ life? I knew him – his personality, mannerisms, likes and dislikes – but I didn’t know who he was before Poppop. I had never thought about how much history was sitting right in front of me.

“I had a good childhood. I grew up in a time when we weren’t distracted by electronics and stuff like that. We would play a lot outside, but we had to make up our own games. We’d play whatever it was – either we’d go out and toss a football or a baseball, or we’d play army, but we had to use our imagination back then.  Because we didn’t have any of these electronic tools – we had none of that. So it was basically you entertained yourself and you spent the vast majority of your time, especially when you were out of school for the summer, outside. And was it perfect? No, it wasn’t perfect. Was it good? Yeah, it was good.”

Besides the obvious struggles that came with losing his dad, he remembers his childhood fondly.

“I was a horrible student. I didn’t like school. There were certain teachers that I really really liked. I regret not getting more deeply involved with school work. I think it’s probably hurt me over the years.”

Although he has many happy childhood memories, his memories of school are not great. Growing up in a beach town, he was always by the water – which meant occasionally skipping class to go to the boardwalk.

“But I still think I could have amounted to more, you know? So my school experience was not great, but I don’t blame the teachers or the school for that, I blame me and my attitude for that.”

After school, he went into the military – one step closer to achieving his dream. He remembers being in the military as one of the best times of his life.

Being in this line of work though, he witnessed some difficult things that still affect him today.

In Japan when I was in the military and I worked there from 1968 to 1970, I worked in a… it was called the Casualty Staging Flight, so it was CSF – 20th CSF. And we took care of all the people coming back from Vietnam. And they would come back, and they would be… arms gone, legs gone, tracheotomies, colostomies, blinded – injuries that you couldn’t believe. I mean, I worked there every day for two years, except for my regular days off. And I probably at that time was twenty, maybe twenty-one. So you’d have these burn victims come in and all these tremendously ugly brutal injuries and these guys were sent there from Vietnam and, depending on their injuries, they would either go to a local hospital in Japan or if they were injured bad enough, they would fly them back to the country. And I did that for two years. And it didn’t bother me then, I guess because I was young. But it bothers me today.

His struggle with education didn’t end when his school years did. It was something that seemed to follow him.

“I probably have never shared this with anyone, but when I was in the military, I never felt really smart ‘cause I had quit high school. And one of the guys that I worked with, he asked me about Ho Chi Minh, who was the head of North Vietnam, and I didn’t know who the guy was, and I got so embarrassed by not knowing with the whole Vietnam war going on, that I decided then and there that I was going to get myself educated. And while I was embarrassed, it was what I needed to motivate me to move myself up in life and to get an education. So what was meant for bad actually became good. So, that helped me throughout my life I think.”

He ended up finishing college, finally in a position to carry out his dream of being a State Trooper.

“I knew I wanted to go into the State Police. Myself, my brother, and my cousin, who were all about the same age, were walking down the Parkway down where I grew up. Well, you weren’t allowed to be on the Parkway. And so this trooper came along and stopped, and he chased us off. So, we ran down the hill, and then he left, and then we went back up the hill and started walking again. And he came around again, and he was such a gentleman, and his uniform was so immaculate, and the way he handled us – he could have treated us really badly, but he didn’t. He ended up giving us a ride to where we wanted to go. And I think that made such an impression that I knew at that point, ‘I want to be a New Jersey State Trooper, more than anything in the world.’ So that one experience, that one interaction, had a long-lasting effect. I only wish I knew who it was so I could thank him.”

It’s so interesting to me that he had such a simple dream that meant so much to him; it’s always inspiring to see one come true. Sometimes our dreams are perfectly attainable – not extreme – and that’s okay.

After retiring from the state police, he went into the FBI where he worked with terrorism, drugs, and gangs. Despite the taxing field of work, I don’t think he’s let the job harden him. The love and compassion I see from this tough ex-cop is the purest and realest kind. He wants so deeply for his kids and grandkids to be happy in life; it’s so nice to know that you have somebody rooting for you that hard.

“I want them to be honest, with themselves and with others. I want to tell you and all the others to work hard and eventually the reward will be there. Life is not always easy. You’re gonna have some pitfalls, some downfalls, where you think ‘Gee, is it worth it?’ Well, yeah, it is. Because you’re gonna have those up times and they’re gonna outweigh [the down times]. Eventually, you’re gonna look back in your life and you’re gonna say ‘That was difficult, but I’m glad I did it and I’m glad I overcame it.’ But I guess another part of that would be just to respect others. And expect them to respect you. I guess maybe just being as honest as you can possibly be. There’s an old saying that says ‘people don’t care how much you know until they know how much you care’, so care about other people. And that doesn’t mean you have to be a person that’s taken advantage of, but to be strong and to know that there are people out there that struggle, that don’t have it as good as them, to have individuality.”

My Poppop has also helped me to break some preconceived stereotypes of my own.

He left this comment on my last post. It may not seem like anything special, but it was one of the most meaningful comments I’ve gotten. In all honesty, I thought he might not want to read an interview about a transgender person because of his religion or political beliefs. He’s proven that just because we hold certain beliefs, we don’t always have to shut out or judge people that don’t. Even grown-ups can change; even people who don’t agree can listen.

I think the main thing my Poppop would want readers to take away from this is the importance of talking to your grandparents. They may seem a lot different, they may repeat stories, they may talk about ‘the good old days’ too much, but they’ve been where we are and where we’ll go. Nobody will admire, support, and love you as unconditionally as your grandparents will. And even though it may seem like a long time ago, they’ve been here and they’ve seen a lot along the way. If you’re as lucky and I am and have grandparents that love you as much as mine do, take a few minutes to call or text them. I know from experience that nobody will be as thankful for that as your grandparents.